A is for Abba 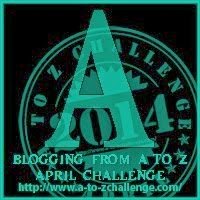 I don't possess any music by Abba and I have never seen the Swedish superstars perform, but they have a place in my musical memory bank because of where I now live.

The Greek island of Skopelos is where some of the Abba back-catalogue film Mamma Mia was shot and can loosely claim to be the mythical island of Kalokairi. So when I hear pretty well any Abba song I am reminded of Skopelos. It's a link which the island plays upon to a limited extent and there can't be many bars and tavernas which do not boast a photograph of Pierce Brosnan, one of Mamma Mia's stars, smiling away next to the owners of said bars and tavernas.

Strangely enough, in my strange cross-indexed list of musical associations, Abba also reminds me of The Stooges. For some reason I used to think that The Stooges' version of Louie Louie bore more than a passing resemblance to Abba's Name Of The Game. I no longer think that, but the association is still stuck in my mind.

For those of you who have been living in caves and are unaware of the song from which the film took its name, here it is:

Also-rans: AC/DC. Memory inspired by the Aussie rockers: Two Welsh blokes next to me at an AC/DC gig at Wembley stadium. They drank a colossal amount of cider and then vomited copiously creating a massive spew-delineated no-go area for everyone.

For more on the A to Z Challenge go to: http://www.a-to-zchallenge.com/
Posted by Unknown at 08:01

I used to live in a Greek olive grove, now I live in Britain aka Pudding Island. Strange, but true.

Smart individuals. Why not join in?